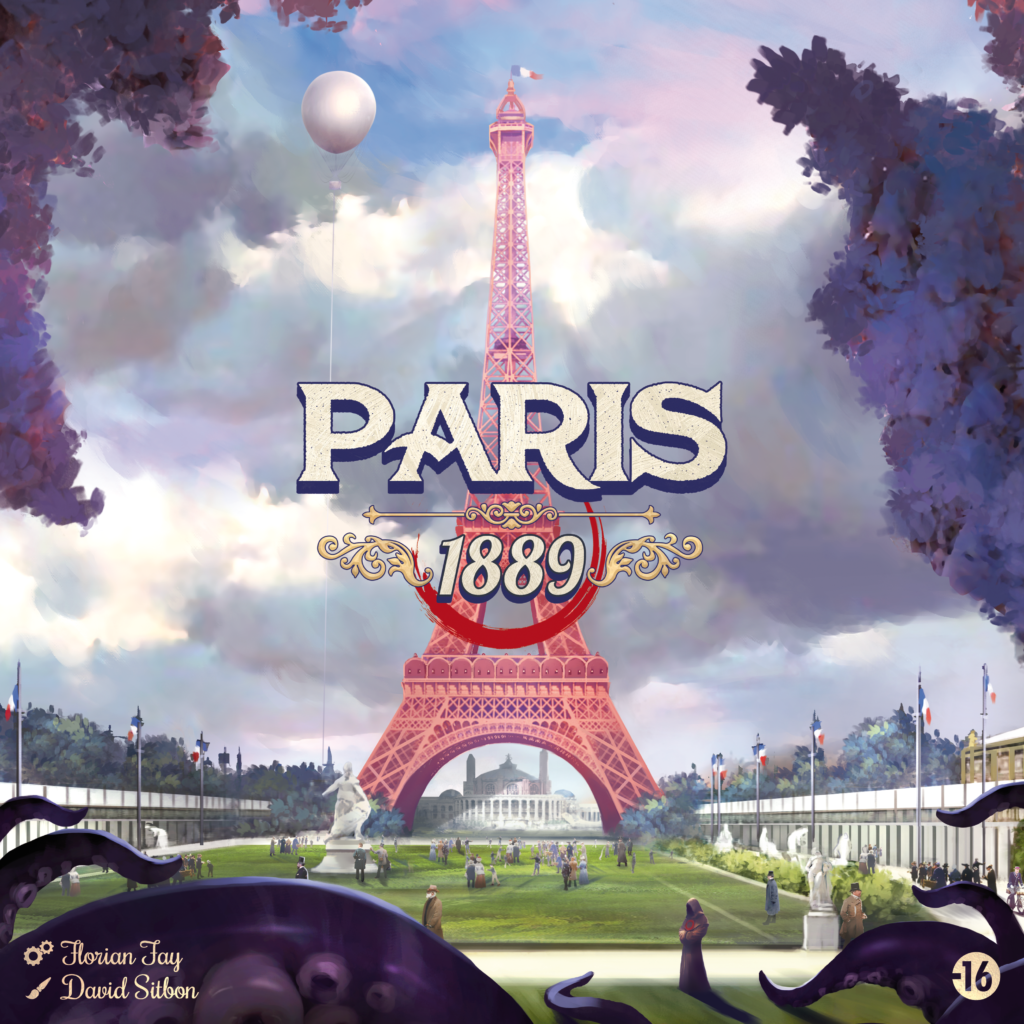 Paris 1889 is a co-operative narrative game, a follow-up to Greenville 1989 in which each player represents a character who has survived the supernatural events of Greenville and decides, ten years later, to investigate further by going back in time to find and hopefully close the gate to the monsters realm. With illustrated cards, they must describe these events to their fellow players, who must then locate this character and plan actions. This lead role changes each round, giving everyone the chance to be step up. The game concludes with a Boss battle.